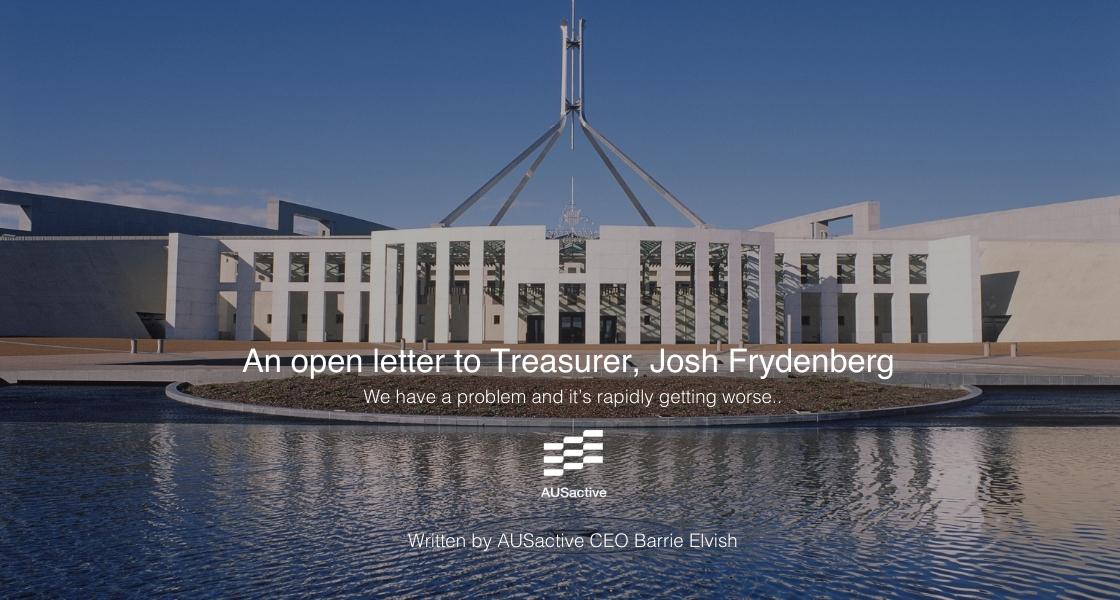 We have a problem and it’s rapidly getting worse

Australia has a physical and mental health crisis.

Let’s put this into some context; the World Health Organisation ranks physical inactivity as the fourth largest killer globally and Australia ranks 140 out of 146 countries for the lowest physical activity levels – and this in a nation that likes to consider itself sporty.

More than two thirds of Australians are overweight or obese, we spend more than six hours a day sitting at work and that probably explains why on an average adults spend ten hours a day looking at digital devices.

Long periods of sitting increases the risk of cardiovascular disease, diabetes, some cancers and obesity and if that’s not bad enough, the risk of anxiety and depression is higher in people that sit more.

The problem is worse for adolescents as risk of depression can double with insufficient physical activity and high screen time in this stage of life.

Mental wellbeing is the third biggest health problem in Australia after heart disease and cancer, with depression currently the leading cause of non-fatal disability in the country.

These health statistics have only worsened as a result of Covid with extended periods of restricted movement, an accompanying lack of access to physical activity environments and an overwhelming sense of national anxiety.

Various initiatives that have taken place recently suggest there is a growing consensus that government intervention is necessary. In last year’s Budget Speech, you nominated mental health as a national priority and shortly after the Federal Government released a National Diabetes Strategy for the next decade, followed by a complementary National Obesity Strategy earlier this year, and the AMA has now renewed calls for a sugar tax.

We know Covid has caused most state and federal governments to increase their deficits and there will be budgetary pressure for many years to come. However, we also know that public health campaigns work as evidenced by the Aids, QUIT, Slip Slop Slap and road safety campaigns. We also know that preventative health is cheaper and more cost effective than rehabilitative health for both consumer and government.

Starting with the upcoming Federal Budget, now is the time is the time for the Federal Government to work with relevant health, physical activity and community associations, resurrect Norm and his Life. Be in It. successful strategy and fund a public health campaign to get more Australians more active more often.

Doing so would also demonstrate your government was serious when in 2018 it signed up to an international campaign to achieve just that result by 2030.

We could even substitute the fictional Norm with you, Treasurer; how good would that be?

AUSactive is a not-for-profit industry association that exists to professionalise the exercise and active health industry through engaging in partnerships, advocacy, delivering education, quality accreditation.