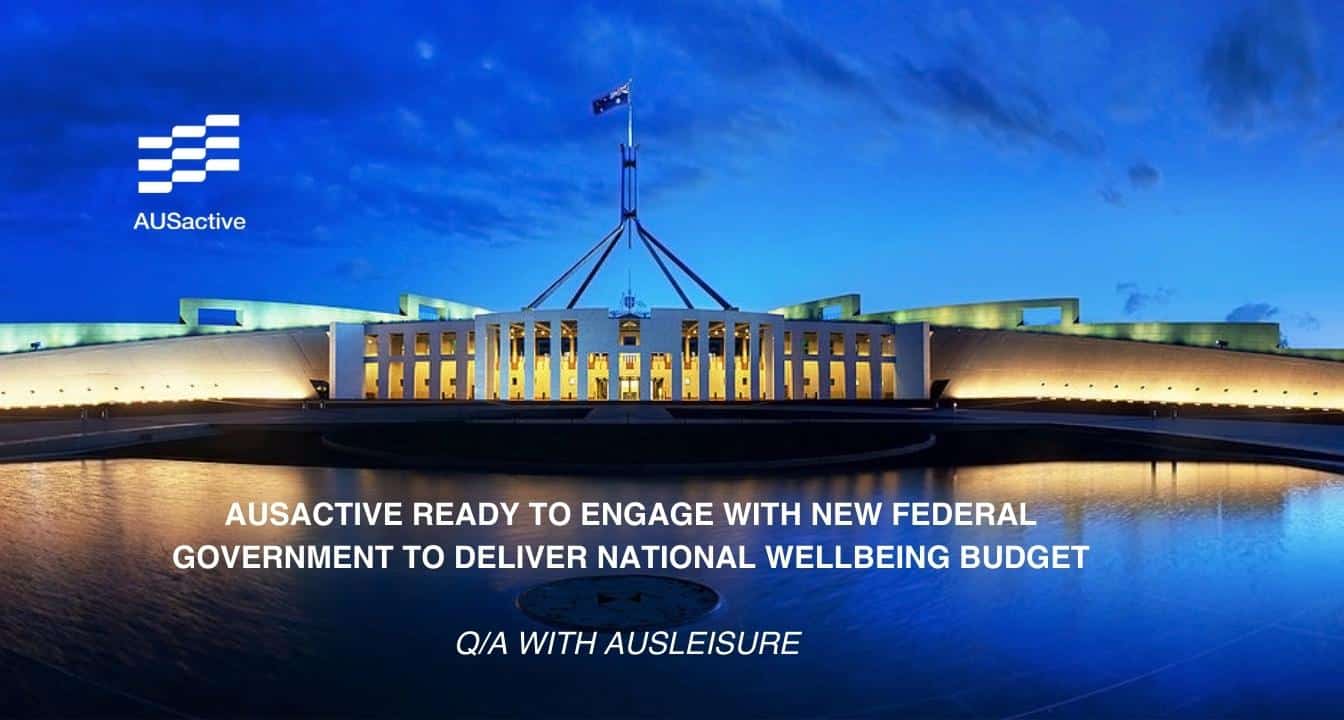 With new Australia Prime Minister Anthony Albanese having pledged to take the country in a new direction, peak body AUSactive is hoping that the new Government will recognise the vital importance of health and fitness industry with its direct GDP contribution of $1.52 billion a year to the economy.

AUSactive Chief Executive Barrie Elvish has been encouraged by Federal Treasurer Jim Chalmers, in opposition last year and again in the early weeks of Government, saying he would be looking to deliver a ‘wellbeing budget’ model for his own first budget in October.

With a recently released global Deloitte Report, commissioned by The Global Health & Fitness Alliance, in collaboration with AUSactive, showing that key diseases linked to lack of fitness directly costs the Australian healthcare system $2 billion to treat and care for, Elvish sees that a national wellbeing budget would deliver social dividends as well as economic benefits, noting “the benefits of this is AUSactive has the data that proves investing in preventative health has a social dividend and return on investment of between three and six dollars per dollar invested.”

Australasian Leisure Management: “Has AUSactive been able to engage with new ministers since the new Federal Government took office?”

Barrie Elvish: “We have been endeavouring to touch base since the election to continue pre-election conversations with no luck to date. We have commissioned a Canberra-based lobbyist to progress these meetings and are holding an interested stakeholder meeting at Parliament House on Tuesday 2nd August and will be submitting a budget proposal relevant to our members and wider community prior to the October budget announcements.”

ALM: “Given AUSactive wants physical activity to be considered as a health responsibility rather than being lumped in with sport, you will note that departmental demarcations have not changed. How do you view this?”

BE: “It’s too early to expect this change to happen. Demarcations have changed in policy thinking but not portfolio assignment as yet. Covid has given all state and federal health departments an appreciation of the role our industry plays in preventative health but unfortunately this realisation has not translated to portfolio changes as yet. At the end of the day, even if we stay for bureaucratic reasons under sport and recreation, the key point is to have a seat at the table with health policy and strategy development.”

ALM: “Federal Treasurer Jim Chalmers has said he would be using New Zealand’s ‘wellbeing budget’ model for his own first budget in October, but, to date, no detail has been provided. Do you feel that/ hope that bodies like AUSactive might influence this?”

BE: “Absolutely. A national wellbeing Budget includes social dividends as well as economic benefits. The benefits of this is AUSactive has the data that proves investing in preventative health has a social dividend and return on investment of between three and six dollars per dollar invested. In times of financial restraints and Budget deficits the potential savings to the taxpayer are not only significant they are ongoing.”

ALM: “With Treasurer Chalmers’ interpretation of wellbeing yet to be seen, might their be the opportunity to influence what wellbeing means?”

BE: “Labor parties traditionally understand the concept of social dividend and social capital. Accordingly, I believe there is an opportunity to assist the Treasurer with a definition of ‘wellbeing’ to the nation’s, and our industry’s advantage.”

ALM: “What would your/AUSactive’s aspirations be for a wellbeing budget?”

BE: “A public health campaign funded over at least a five year period encouraging greater participation in exercise and physical activity. As commented above it will save the government significant costs in the Health budget via less incidences of many physical ailments, stroke, diabetes, heart,, kidney etc. etc. and mental health problems.”

ALM: “What would your/AUSactive’s aspirations be for this government to deliver for the fitness/exercise industry?”

BE: “The public health campaign described above, Medicare covering appropriate fitness programs and qualified professionals, NDIS recognition of our professionals and facilities and possibly universal physical activity vouchers for all Australians.”

ALM: “Are you hopeful that we will get a public exercise campaign, in the way that AUSactive has advocated for the return of Norm and the Life Be In It campaign?”

BE: “Such a campaign is not only desirable, it is essential for the nation’s health and wellbeing and to fulfil the 2018 commitment to the international campaign to encourage physical activity. Australia committed to a 15% increase in Australians participating in some form of physical activity by 2030. With the previous government doing nothing to realise this commitment time is running out.”

In the last week, 24/7 and functional group fitness franchise STEPZ Fitness has joined AUSactive as it continues its growth strategy in Queensland and NSW.

Editor’s note: Newly appointed Federal Minister for Sport Anika Wells will make her first address in her role on the morning of Wednesday 13th July at the National Sports and Physical Activity Convention in Melbourne during which she may address matters related to physical activity.

AUSactive is a not-for-profit industry association that exists to professionalise the exercise and active health industry through engaging in partnerships, advocacy, delivering education, quality and accreditation.