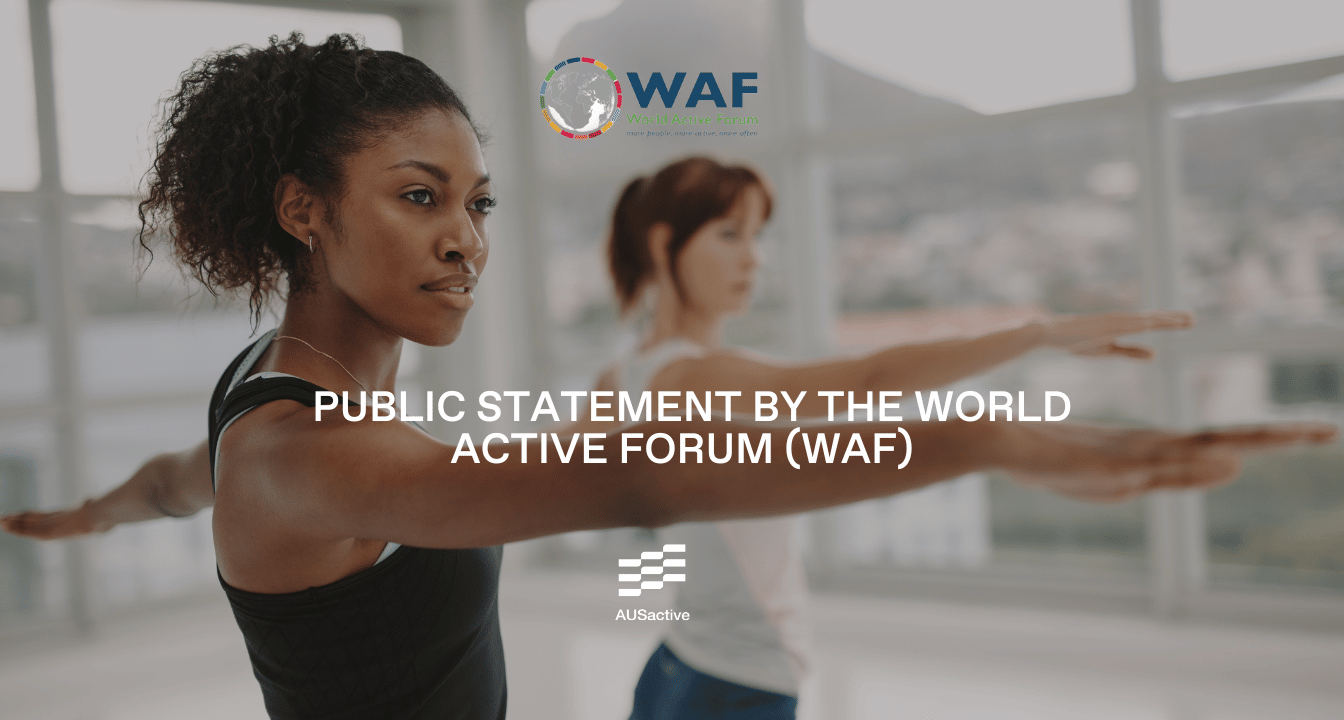 The pandemic not only negatively impacted people’s health around the globe, but significantly disrupted our ways of living. World leaders had to strengthen collaboration, in order to overcome the crisis and limit the significant human, economic, social and political costs. In this context, the fitness and physical activity sector mobilised itself and agreed to enhance collaboration between its representative associations worldwide, to become a generally recognised societal solution when it comes to public health and wellbeing.

In light of the above, Presidents and CEOs from national and regional fitness industry associations from all continents decided to form the World Active Forum (WAF) as their formalised global meeting place and future collective representative body. Furthermore, 29 European national associations from the fitness and physical activity sector decided on 7th April to support the launch of the World Active Forum, in order to ensure worldwide representation for their sector.

The World Active Forum, officially launched during a virtual meeting of constituent industry association leaders on 20th June, aims to connect fitness industry associations worldwide and provide the fitness and physical activity sector with a unified voice at the global level. The WAF community and network is committed to adhering to the highest level of accountability, openness and transparency and has initially decided on ‘more people, more active, more often’ as its slogan and public mission.

Barrie Elvish, AUSactive’s CEO, a founding member of WAF, and a globally recognised industry association leader, has been elected by his peers as the first Chair of the World Active Forum. The Secretariat function will be performed by EuropeActive. The members of WAF agreed on the principle that the Chair and Secretariat functions of the World Active Forum will rotate between its members on an annual basis, reflecting the truly global nature of WAF.

It was also decided by the WAF members that coordinating meetings of the group will take place every month until the World Active Summit in April 2023. This first physical gathering of WAF will be followed by similar annual gatherings around the globe, in conjunction with trade shows and other significant industry events. Furthermore, it was decided to establish a steering group and a number of working groups, covering topics from skills and workforce, data-collection and research, public affairs, and a commercial stakeholder advisory group, which will allow for the involvement of industry experts from all continents.

The third meeting of the World Active Forum, scheduled on 16th August, will be attended by Dr Fiona Bull, head of the World Health Organisation’s Physical Activity Unit. She will share her perspective on the role of the fitness and physical activity sector as part of the solution to common public health challenges, and about the need for global collaboration in that regard.

AUSactive is a not-for-profit industry association that exists to professionalise the exercise and active health industry through engaging in partnerships, advocacy, delivering education, quality accreditation.